The accomplished tech first took home top honors as overall individual winner in the 2015 NAILPRO Cup tournament (along with being part of the triumphant EzFlow team), and this year she came back for more! Twice undefeated, the champ reflects on the sweetness of her second victory, the aspects that made this contest different, and how she almost missed becoming a nail pro in the first place.

Congrats on your second NAILPRO Cup win. What was different this time around?

I think I was a bit more stressed than last time. Between seeing clients’ at my salon, Nail It! Pro Nail Studio in Medford, Oregon, to traveling and teaching as Global Brand Ambassador for EzFlow Nail Systems, it’s been a busy year. I just couldn’t find the time to practice and be as prepared as I would have liked. That said, it was still an incredible experience.

What is your favorite competition category?

I loved Fantasy Art—maybe because these were the nails I most feared attempting when I first started entering contests. I didn’t have formal drawing or 3-D training while getting my license at Phagans’ Medford Beauty School, so I had to work hard to improve in this field. Now I like to get creative, putting a nonliteral spin on each theme. Last year, for example, “Bodybuilding” was the subject of one Fantasy competition. While most techs crafted jocks on steroids lifting weights, I created a mad scientist with heads in jars, building a body by sewing together limbs.

What aspect of this year’s tournament did you find most challenging?

I’d have to say, some of the Fantasy Art! In a few cases, I simply couldn’t come up with an original design—the “Talking Trees” theme comes specifically to mind. Because I couldn’t get inspired, I was unable to enter that competition.

Was it hard to balance competing individually with participating on team EzFlow?

Time was the toughest part to manage. I had to practice my own entries while serving as unofficial group leader, which involved coaching, answering questions, completing registrations, booking flights and reserving hotel rooms. But I love working with EzFlow. We’re like family—granted one member, Jarrett, is actually my son—and we all support each other and have a blast at the events.

How did it feel to spar alongside your own son?

Fantastic! Jarrett only competed in Las Vegas at the end of the 2015 season, so it was great having him with me this entire year. He enrolled in a few entries, like 3-D and Stiletto, for the first time. Watching his improvement was a proud mom moment. I didn’t even know I wanted to be a nail tech before I had my son. For a while, I thought about joining the Coast Guard then eventually trying to work for the FBI or DEA, but I got pregnant with Jarrett when I was 17 and started beauty school when he was 6 months old so I would have a steady income through which I could support him. Little did I know I’d fall in love with my career. He’s changed my life in countless wonderful ways.

Apart from your son, what were you most proud this year?

I’m pretty pleased about winning Three-in-One in Long Beach. I placed first in all three categories: Sculptured Nail, Tip and Overlay and Perfect Match. I’m the first person to win the trio, which feels awesome.

Did anything surprise you about this year’s tournament?

The expertise of my fellow competitors was a notch above. Like everything, nails are cyclical. For example, acrylics were huge years ago, then fell from popularity when everyone got crazed for gels, and now they’re hot again. It’s the same with competitions, which are expensive to enter, travel to and practice for—supplies alone cost a pretty penny—so for some time it felt like fewer techs were making the tournament rounds. But now the gaming bug is back, due in part to social media, which has forced pros to step out of their comfort zone so they don’t get left behind. It was great seeing talented new faces in the arena. Competition forces us to continuously learn, improve and deliver at peak levels.

How did you feel when you found out you’d won again?

Validated, like my hard work paid off. I spent lots of sleepless night prepping, so by that point I was ready to celebrate and relax.

Has this subsequent victory had any affect on your career?

My clients love it! A lot of them use it as a bragging right.

And what about personally: How has this specific win changed you?

Being triumphant makes me want to work harder and do better because, in many cases, I know my submissions had room for improvement. It also leaves me feeling slightly conflicted about whether or not to compete again. At one point I was sure this would be it, as competitions are a lot of work. (I’ve spent hundreds of hours just practicing my art forms.) At times this year, I felt ready for a break. I’ve toyed with the possibility of jumping behind the scenes, or even learning about the judging process. Yet part of me knows I’d miss the challenge. I’m addicted to the satisfaction that comes with looking at a finished product and being happy with the end result.

Did you learn anything new about competing?

Yes, never take any aspect of the challenges for granted. The pressure is always on, and competitors are only becoming more fierce.

What advice might you give a competition newbie hoping to win the NAILPRO Cup?

I have three Ps for you: practice, plan and be prepared.

Get the Look: 5 Nail How-Tos From New York Fashion Week 2022 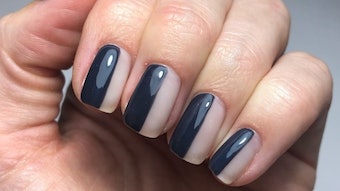 Whether your client cannot decide between the two or is looking for some playful flair, the matte-shiny combination is a perfect pairing.
Sep 14th, 2022 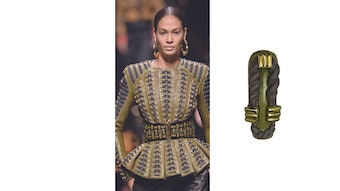 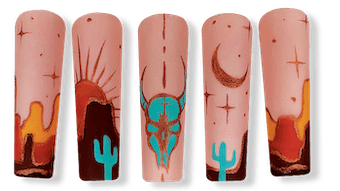 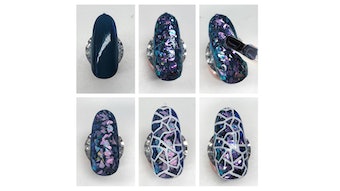 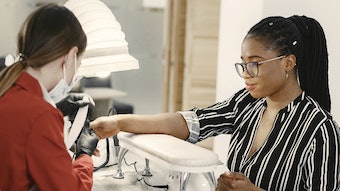 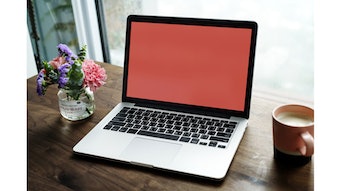 Get Serena Williams' NYFW Nails With This How-To

Wellness in the Nail Industry