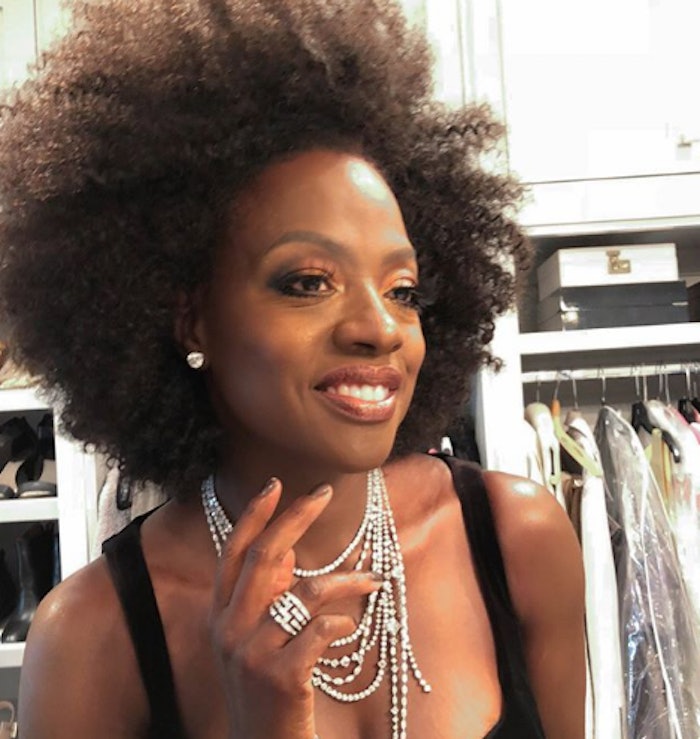 With most of the 2018 Golden Globes attendees participating in the #TimesUp initiative wearing all-black ensembles, we were interested to see how celebs and their techs chose to elevate their looks with manicures. If you’re curious to know how to the stars dressed their tips, keep scrolling to see our favorite looks and find out how each leading lady accessorized her nails and learn the nail pro and brands behind the looks.

Golden Globe Nominee, Emma Stone, walked the red carpet dressed for the occasion with  a simple, yet elegant manicure, as the perfect accessory. Celebrity Manicurist, Emi Kudo, used our Dare to Wear Polish in Beauty Bride-to-Be, a light beige-pink with a cream finish, for Emma’s nail look! 💕✨ #LeChatNails #GoldenGlobes

Golden Globe Nominee, Emma Stone, walked the red carpet dressed for the occasion with  a simple, yet elegant manicure, as the perfect accessory. Celebrity Manicurist, Emi Kudo, selected  LeChat Dare to Wear Polish in Beauty Bride-to-Be, a light beige-pink with a cream finish, for Emma’s nail look.  “This color was my first suggestion for her natural nails. She has very pale porcelain skin, so any darker shades can look too dark for her skin tone. I thought this shade by LeChat, blends in her skin tone, and makes her fingertips appear extra long,” Kudo said. In order to keep a natural looking nail, Kudo kept Emma’s nails short and round. She focused  on buffing the side of her fingertips to keep them smooth for a more natural looking manicure. For a more opaque finish, Emi used two coats of LeChat Dare To Wear Beauty Bride-to-Be and additionally, gave Emma a matching pedicure to complete the look.

Actress Saoirse Ronan worse Essie in Wicked. “Adding to the message behind the black dress, we wanted to take it a step further with Saoirse’s nail look. Essie’s cult-favorite, Wicked, a striking bold shade was the perfect finishing touch to show her support for the movement on the red carpet this evening,” said celebrity manicurist, Michelle Saunders.

Wow what a night ! Congratulations to all the winners! Thank you Tiffany..for the bling 💎

Actress Debra Messing wore Essie in Licorice. “Debra knew she wanted extremely glossy, black nails this evening. To get the look, we started with two coats of Essie’s Licorice, a creamy, jet black, followed by Essie’s Speed.Setter top coat for ultra-high shine. To finish, we added a tiny silver stud to each nail for a bit of edge, complementing the impeccable beadwork on her Christian Siriano pant suit,” said celebrity manicurist, Elle Gerstein.

It was truly a night of “Seeing Stars” and a perfectly named @essiepolish on queen Viola Davis! Swipe 👉🏼 to see the shade closeup! #essieredcarpet

@madbrew last night looking positively RAVISHING ❤️ thank you for letting me be a part of your golden day! Hair by @cwoodhair and makeup by my hilarious/gorgeous friend @jennakristina and nails by me using @chanel.beauty in #vamp

Jenna Hipp used one of her nude shades for actress Emilia Clarke.

Model and it-girl, Hailey Baldwin, wore NCLA in Bed to Bath at 7pm on a Friday,  from the brand’s collaboration with fashion designer Laina Rauma. The nails were done by celebrity manicurist Mel Shengaris, whose clients include Kendall Jenner, Kylie Jenner, Rachel Zoe and more.

Let’s see who can guess who is wearing @zoyanailpolish in #dot for the #goldenglobes that rock on her finger should give you a hint. 🤣🤣#caseynails

What was your favorite nail look from the 2018 Golden Globes? Let us know in the comments below!

Learn more about how Giulietti is using her nail fail to her advantage.
Jan 31st, 2023

Submit your rabbit nail art for a chance to be featured on our website!
Jan 13th, 2023
Follow Us
Most Recent