Award Worthy Nails from the 2017 Oscars

From heartfelt acceptance speeches to a history-making flub, the 89th Academy Awards was a night to remember. To get ready for the Oscars, NAILPRO visited Miniluxe in Brentwood, Calif. to chat with celebrity manicurist and creative designer in residence, Debbie Leavitt, to talk red carpet trends before the big show.
“For the Oscars, we’re going to see a little metallic especially because things are so glam,” she said. “A lot of celebs are taking a break from gel and will go for that natural look in a clean and sheer nude. We are also going to see a very vampy and really dark nail look. It all depends on the dress.”

Browse the images below to see how celebrity manicurists complement the glamorous ensembles with matching manicures.

Nicole Kidman stunned on the Oscars red carpet in Armani Prive, Harry Winston and a Miniluxe rose gold hue nail polish on her manicure and pedicure. Leavitt used the five-free metallic lacquer polish to complement the star’s dress and skin tone. “Nicole wanted something nude and soft for her nails,” Leavitt said in a press release. “Rose gold is the new nude and this Miniluxe polish is soft and sheer with one coat and gives opaque coverage with two. I used two coats for Nicole.”

“It was the perfect polish to accompany Priyanka’s geometric Ralph & Russo gown,” Brodeur said in a release.

“The metallic floral accents of Hailee’s whimsical Ralph & Russo gown called for a matching lustrous manicure. Essie’s Buy Me A Cameo had the perfect amount of frosted shimmer to top off her fresh, modern look,” Sollecito said in a press release.

For Michelle Williams, Hipp treated the star to an exfoliating hand treatment and topped the nails with a high gloss topcoat.

Janelle Monae was fearless with a golden mix and match manicure by Davis.

The team at Base Coat Nail Salon in Los Angeles prepped Cat Sadler’s manicure with a bright cherry red shade.

Which one of these nail looks will you offer your clients first? Let us know in the comments below!

Target Launches Robot Manicurists—What That Means for the Nail Techs

The course is designed for nail professionals who want to elevate their careers and build an exclusive VIP business.
Aug 26th, 2022

Using Acrylic and Dip Powder for 3D Art and Encapsulations

Designed by Tony Ly products were featured at the show and in the Master Challenge mystery kits and the owner Tony himself taught a Workshop.
Aug 25th, 2022 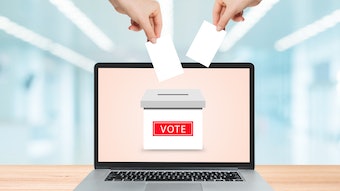 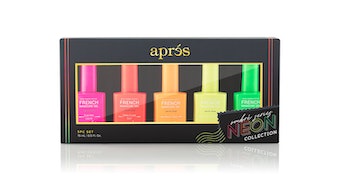 Inside Look: Neon Colors and Collections

Get Serena Williams' NYFW Nails With This How-To

Wellness in the Nail Industry