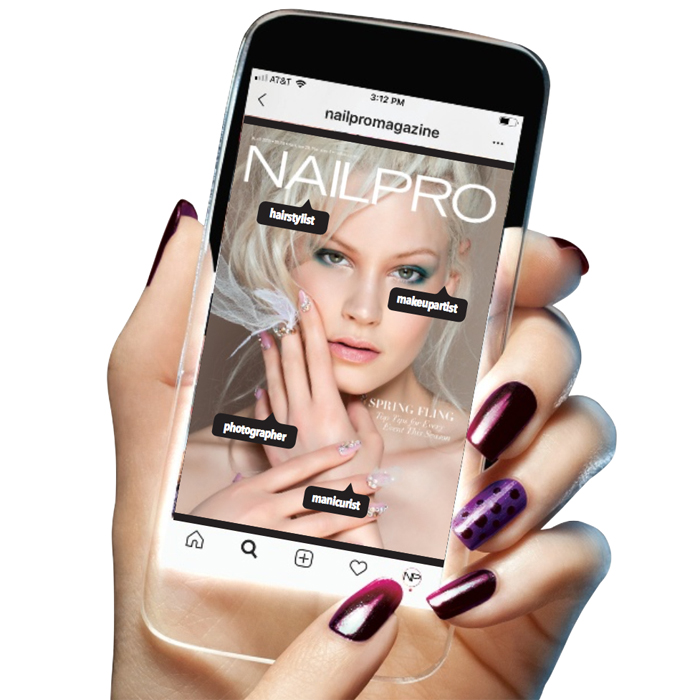 In February, more than two dozen high- profile nail techs found themselves tagged in a post from @tagthemanicurist, a new Instagram account. The initial post posed the question: “Do you ever notice who is tagged in celebrity social media posts? You’ll notice the makeup artists, photographers, hairstylists and wardrobe stylists are recognized almost always, but generally manicurists are left out of the loop.” The post then went on to assert how integral nails are to a final glam look and urged all beauty pros to #tagthemanicurist in celebrity and editorial social media posts and publication credits. The movement has gained momentum, thanks to nail tech influencers spreading the word and using the hashtag. Here, @tagthemanicurist (whose identity remains anonymous) shares the motivation and mission behind the campaign.

“After many experiences of working on editorial jobs and not being credited on social media posts, I noticed a lot of other manicurists weren’t being credited as well. As social media outlets become more popular and crucial to our work, it essentially becomes our portfolio. It’s important for our work to be credited and tagged by editors and celebrities. How would anyone know it’s my work unless I was tagged? More importantly, why were all the other artists on set tagged and recognized except me? This was the beginning of my thought process to get the ball rolling for the #tagthemanicurist movement.”

Can you explain the idea behind the campaign and how it works?

“The idea is to have all artists, not just manicurists, participate in this campaign. Generally, it started out as people using the hashtag and asking, “Where’s the manicurist’s credit?” on social media posts. By raising awareness with more hashtags and mentions, we’re hoping everyone will start to notice more that manicurists aren’t being tagged. So far we’ve had a lot of followers using our hashtag to garner more attention to the issue, and through these hashtags, we’ve gotten manicurists recognized for their hard work.”

Why do you think manicurists are often left off the credits for their editorial work?

“I often have a hard time finding the answer to this question myself, so I decided to ask my fellow manicurists this question to hear their thoughts. This is some of the feedback I’ve received:”
• “[People think that it] doesn’t take as much skill to do nails as it does for hair and makeup.”
• “Most of the time manicurists are on set for half the day, so they’re often forgotten.”
• “A lot of times people think we’re not important enough to add.”
• “Because nails are rarely seen up close, or sometimes not seen in the image at all.”
• “Nails are small.”
• “We’re not respected as much.”
• “They don’t value our work.”
• “They feel like nails aren’t as important or the center of the shoot.”
• “We’re at the bottom of the pecking order.”

Do you have any recommendations for what nail techs can do when they’re working on set or at the time of booking to ensure they receive proper credit for their work?

“One way is for manicurists to speak up and voice their concerns with their booking agents or those in charge of credits for magazines. Talking to their clientele is also a great way to make sure they’re tagged. Discuss and have a conversation with your hairstylist, makeup artist and wardrobe stylist friends, etc., to make sure they include you in the credits and their tags.”

How can fellow nail pros get involved in the cause and help spread the word?

“Through spreading the hashtag, commenting on posts where they’re sure there was a manicurist involved and speaking to their own clientele about how important it is to be tagged. For most of us, Instagram is the only advertising we have for our business.”

What’s your ultimate goal for this project?

“Our ultimate goal is for manicurists to get the recognition they deserve. We hope one day to not have to use this hashtag, because manicurists are automatically credited for their work. Our work is important and takes much skill and talent. Thus, we should be treated as an integral part of the team instead of an afterthought.”

This story first appeared in the June issue of Nailpro magazine. To receive the magazine, click here to subscribe.

After a campaign to open salons from the Center for American Liberty, Governor Newsom accelerates the opening of hair salons in California.
May 27th, 2020

Helping clients discover their perfect service is vital. We've created a downloadable product quiz to help your clients find the right manicure for them.
Mar 4th, 2020 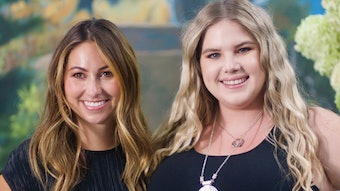 Morgan Haile and Taylor Daniel, The dynamic duo behind the Morgan Taylor brand, share their experience partnering designers on the runway.
Feb 26th, 2020 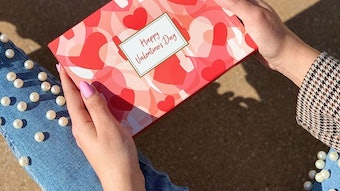 OPI launched a new website designed to meet the needs of the nail professional, operating as an education hub and community with fellow professionals.
Feb 12th, 2020
Follow Us
Most Recent

California: How to Support the Safe Reopening of Salons