How To Set Up A Sustainable Savings Systems For the Salon 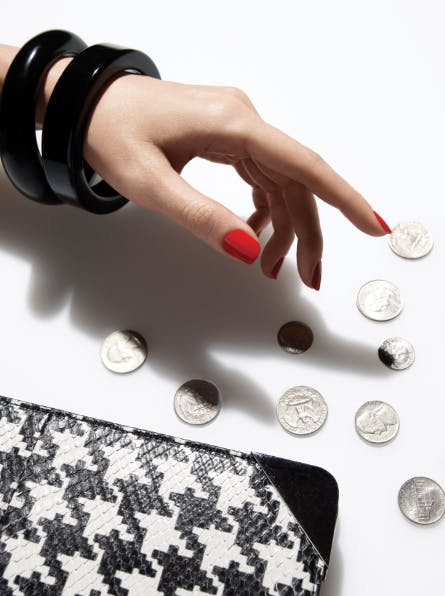 Picture this: Two of your star employees leave within a six-month period. Or, imagine an unforeseen emergency or an equipment breakdown. Now, imagine being able to remain confident that your salon will stay in great shape regardless. How? It’s easy to adopt a “what me, worry?” attitude when you make saving a priority. (And, we don’t mean saving for that new pair of shoes you’ve had your eye on.) We’re talking about six months of expenses saved in case of an emergency that no nail technician or salon owner should be without. Sound daunting? It doesn’t have to be.

The good news is, there’s no set formula for reaping savings success—it’s all individual. “A person’s finances are as personal as their sex lives and politics,” says Marita Durham, who has owned Huntsville, Alabama’s In the Nails Day Spa for more than 25 years. “It’s about deciding where you want to be in 3 years, 10 years, 20 years, and building a business plan accordingly. Only you know your earning and saving potential.”

Julie Pankey from Boston-based spa/salon management consultancy JMPankey Partners adds, “It may be difficult to save at first, what with the outpouring of expenses that come with starting a new business. However, launching a savings plan as soon as you’re in the red should be a top priority. Start by paying yourself incrementally and put that income directly into savings.”

But how exactly do you start saving? We grilled finance whizzes and seasoned nail pros about how to stockpile those savings, how to save for big purchases and why it all pays off. Read on to not only safeguard yourself and your salon, but to set yourself up for long-term success.

Just starting out? Pankey recommends establishing a savings account as soon as you’re able to cover your basic operating expenses. “If you’re smaller and stand-alone, or leasing space, then I would start putting away 5 percent of your income as soon as possible,” she says. “Put it into a basic bank savings account, or get a financial advisor to advise the best place—though I don’t recommend diving into a mutual fund and risking market volatility right away—and watch it build up little by little.”

Remember, commit to a plan that’s realistic for your business. When Durham launched her business in the early ’90s, her goal was to have at least one month’s worth of rent and business operating expenses saved away. “I calculated that I had to save $30 a week for a few months to get that nest-egg in place,” she recalls.

Kris Kiss, a CND educator and the owner of Couture Nail Studios in Port Jefferson Station, New York, channels her profits from one day of each workweek into a savings account. “It started when I was saving to upgrade spaces and started working five rather than four days a week,” she says. “Soon, it became necessary to add that day permanently because our business had grown so much. So I just kept up the saving habit!”

Chrisondra Davis, owner of Charlotte, North Carolina’s Buff Salon, uses her bank’s mobile app to transfer at least 20 percent of her weekly business profits to a savings account where they gain interest. “That way I know I have enough to cover any purchases that may come up at the last minute,” she says. Durham insists that growth hinges on an established relationship with your bank. “I firmly believe in building lines of credit, especially when it comes to big purchases that will keep your shop fresh and relevant,” she says. “Some years, you’ll have greater capital expenses than others.” Pankey also recommends that self-employed nail pros and small business owners set up a SIMPLE or SEP IRA, explaining, “This offers a way for business owners and employees to save for retirement and reap key tax advantages.”

Setting Up for Success

No matter how big or small your business is, success comes down to finance management. “I go into hundreds of salons and spas each year and meet with professionals who aren’t working with a budget, who don’t track profits and losses, and who aren’t careful with product usage,” says Pankey. “When you implement protocol and consistency, you reap savings in the form of time to research vendors and partners as well as credit lines and cards, to barter for services, and, in the simplest terms, to be choosey.” Pankey insists that the peace of mind that comes with having a contingency fund will help you sleep better at night. A contingency fund is a reserve of savings set aside to cover you in the event of unexpected losses (think: fires, recessions and injuries). The best way to figure out how much contingency your business needs is to determine your monthly expenses and multiply that by three to six months. “If your monthly expenditures are $15,000 and you want a four-month safety net, that means you need to have $60,000 set aside for contingency,” Pankey explains. “Add to your contingency fund incrementally and keep it separate from your other savings accounts.”

For example, Davis keeps 20 percent of her salon’s worth in a contingency fund, while Kiss maintains a six-month contingency plan in the event of some dramatic happenstance, noting that while she sometimes transfers its funds to her other accounts, she maintains a “magic number” below which she never lets it dip. Pankey says all established businesses should maintain such a fund, adding, “If you’re a new business, your goal should be to create a contingency fund within three years.” Once you’ve reached your contingency goals, experts advise treating it as an emergency fund only—don’t dip into it and, if you must, pay yourself back ASAP.

Hopefully you’ll never be in a situation where you need this fund, but just the act of creating it can help boost your bottom line. “It’ll help you to make more measured and wise business decisions,” says Pankey. “It’s a savings snowball effect.”

Once you’ve built an adequate financial security net, you can start thinking about investing back into your business. It’s natural for new businesses to struggle with cash flow, and purchasing big-ticket capital equipment (think: pedicure thrones, sinks and drying stations) is no short order. While Pankey points out that when it comes to such expenditures, “Cash is king,” she recommends that cash-strapped pros lease-to-own rather than putting big purchases on a credit card.

“You’re essentially getting a loan from leasing companies, but the way they write the loan, you’ll be reaping cash advantages,” she says. “Leasing also comes with the benefit of tax deductions on your interest rate and the opportunity to update your equipment more frequently.” Conversely, if you put a big purchase on a card, there’s no tax deduction. Plus, unless you can pay off a card’s balance within two or three months, the interest you end up paying will outweigh any rewards you earn.

Yvette Kirkorian, owner of French Tip Nail Salon in Glendale, California, always waits on a big purchase until she can fund at least 50 percent of the cost up-front. “You don’t want to finance 100 percent on a lease or a card because you’ll owe interest,” she says, explaining that having a self-regulated waiting period often results in better decision-making about what’s truly critical for her salon as well as comprehensive price comparisons.

Davis strives to set purchasing goals a few months out, break down how much she’ll need to stockpile per week and then devise a system for how to pay for everything up front. “I put large purchases on a credit card that pays me back 1 percent, but then I make sure to pay it off right away,” she says. “That way I’m making money by spending money—and never paying interest.”

Kiss notes that sometimes companies offer discounts to those who pay in cash up-front. “Always ask if there’s a difference,” she says. Kirkorian puts some purchases on cards—but only after studying the rewards and interest rates per credit card, and ensuring that she can pay off the whole amount within a few months. Durham prefers to rely on credit lines from her bank for big purchases. “They tend to be fairly medium-range, depending on the interest, but you’re generally paying it off more quickly,” she says. Her rule of thumb when it comes to carrying debt? “Don’t carry it around for more than 24 months,” says Durham.

In the event that a big purchase is looming but Durham doesn’t want to get a line of credit or put anything on a card, she does whatever she can to get a bump of cash. “I run specials on social media and promote gift certificates on my site,” she says. “It’s great if it happens to be near Mother’s Day, for example, but you can create a special any time of year. There are so many ways to quickly generate a nice bump of income.” Then, once you’ve got the revenue in hand, you can decide how to spend—or save!—your extra profits.

-Katie O’Reilly is a writer and editor in Wilmington, NC. 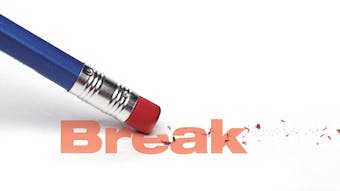 Great things come to salon leaders who know their worth and are open to doing what is right for them and their staff when running their business.
May 10th, 2022 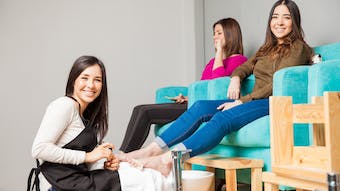 5 Tips To Stay Motivated and Grow as a Nail Tech

Nail tech Ewelina Sikorska shares five ways she stays inspired to grow her business even when her drive is low.
Apr 14th, 2022 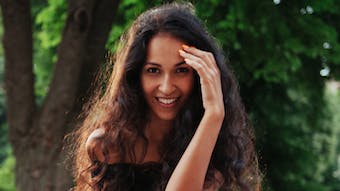 Welcome Spring Into Your Salon With Nailpro

Nailpro Managing Editor Mai-Quyen Nguyen shares what is on her mind this month.
Apr 6th, 2022 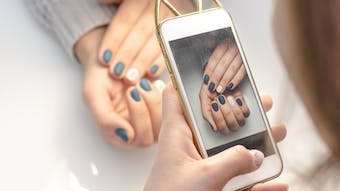 Pro Advice for Using a Filter on Your Nail Art Photos 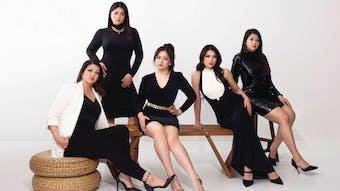 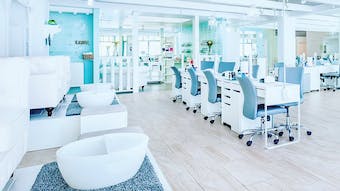 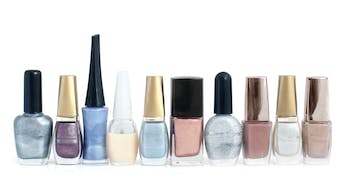 Think you know what it takes to deep clean your salon? Find out in this month's quiz.
Mar 8th, 2022 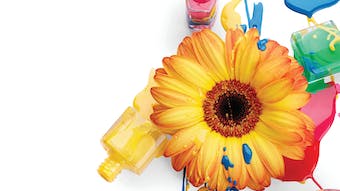 Tips for Spring-Cleaning Your Salon

Time to spruce up your product shelves? Learn the how-tos behind spring-cleaning salon inventory—and how to streamline the process for simplified stocking in the future.
Mar 8th, 2022 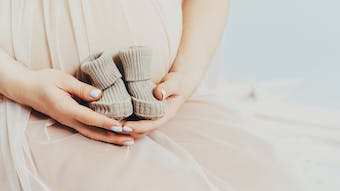 Chances are, if you treat your client well during her pregnancy, you will have a repeat customer when that little bun is out of the oven.
Mar 8th, 2022 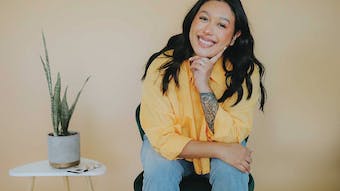 Inspiring Females in the Nail Industry

Nailpro interviewed several women about their inspirations, obstacles and advice within the nail industry.
Mar 8th, 2022
Follow Us
Most Recent