Attendees and educators participated in four days of hands-on classes and workshops during the 2017 Northwest Nail Tech Retreat.

More than 140 techs from the U.S., Canada and Aruba traveled to Washington State to attend the 7th annual Northwest Nail Tech Retreat in October 2017. Held at the Camp Burton Convention Center in Vashon, the four-day event, nicknamed “Nail Camp” by attendees, featured a variety of classes and workshops led by some of the most recognizable names in the industry, including Nailympics champion Madelene Wolf and past NAILPRO Cup winners Allie Baker, Amy Becker and Shiori Durham. In addition to the educational opportunities, attendees also had the chance to show off their skills and creativity in the Simply Salon Nails and Mixed Media competitions. “The food was great, the sleep was little and the learning was intense,” says event coordinator Jessica Hoel Briarmoon. “Educators and nail techs left feeling inspired and excited about their careers, and pumped for next year!”
To register or get more information on the 2018 Northwest Nail Tech Retreat, go to nailcamp.org.

Would you attend a four day Nail Camp? Let us know in the comments below! 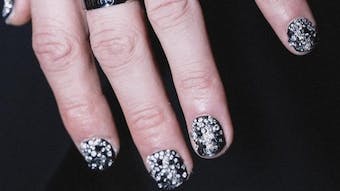 Here are our top five nail looks from this year's Billboard Music Awards.
May 17th, 2022

Register today for the nail event of the year, and do not miss out on networking opportunities, products and more!
May 3rd, 2022
Follow Us
Most Recent