For every bit of advice you hear about the most effective way to lose weight, there’s an opposing “expert” telling you it’s all wrong. 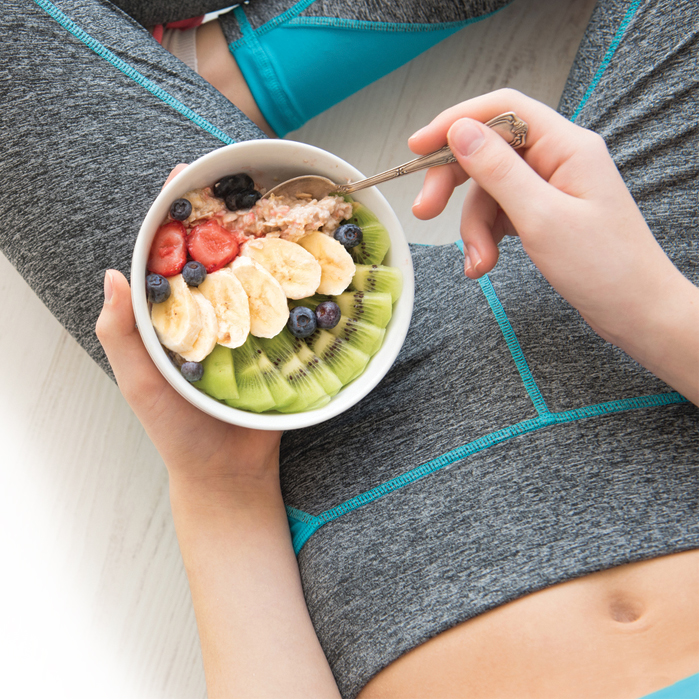 When it comes to weight loss, you’ve likely heard just about everything: Nix all fats. Stay away from bread. Exercise seven days a week. Yet, for every bit of advice you hear about the most effective way to lose weight, there’s an opposing “expert” telling you it’s all wrong. This isn’t surprising when you consider that weight loss is big business in America, where nearly 38 percent of U.S. adults are considered obese and seemingly everyone is eager to hear about the newest way to shed unwanted pounds. While there’s no single solution that works for everyone, the latest research shows that some weight loss musts are actually myths. Here, we dive into the science to set the record straight on slimming down.

Myth: Fats are public enemy No. 1.

For decades, the medical establishment decried all dietary fats, blaming them not only for elevated cholesterol (which is still partly true), but for all weight gain. More recently, we’ve come to realize that not all fats are created equal and that in fact some fats—namely, the mono- and polyunsaturated ones found in nuts, fish and plant-based oils—protect our organs, supply energy, support cell growth and help us lose weight by filling us up and facilitating healthy digestion.

What’s more, current research is call- ing out a new nutritional nemesis: sugar. Suspicion has been growing in recent years about the sweet stuff’s insidious effect on the body, with experts, such as investigative science and health journalist Gary Taubes, author of The Case Against Sugar and Why We Get Fat and What to Do About It making solid arguments for placing sugar—and the carbohydrate-based foods that serve as “sugar delivery systems”—at the top of the villain list.

According to Taubes, who cofounded the Nutrition Science Initiative, refined carbs such as flour and cereal grains, starchy vegetables, and numerous manufactured foods and beverages that contain added sugar, stimulate the secretion of insulin in our bodies and affect the ability of our natural hormones, enzymes and growth factors to regulate fat tissue. Modern medical research backs him up: In 2015 the World Health Organization reviewed the mountain of studies completed on sugar, diabetes and obesity, and found that the more added sugar an adult consumes, the more they tend to weigh, and vice-versa. 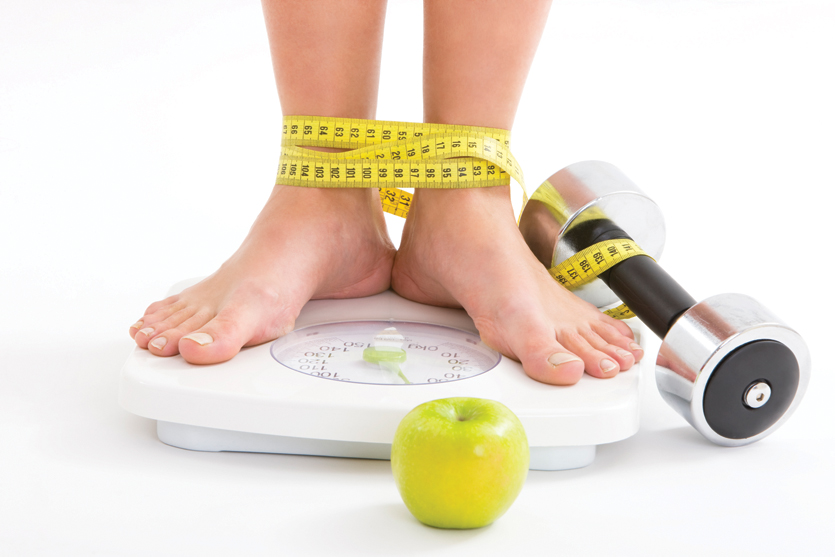 Myth: Exercise is the most effective way to lose weight.

If you’ve ever weighed yourself after a dedicated week at the gym only to find you’ve gained a pound, you must have at least suspected this was not true. Physical activity is important for every aspect of your health, but unless you create a “calorie deficit” to the tune of 3,500 calories per pound, that scale isn’t going to budge.

Yes, exercise burns calories. However, not nearly as many as you’d like to think. Walking briskly for an hour, for instance, burns about 240 calories. Now, suppose you’re in the habit of drinking a tall vanilla latte with soy milk five days a week. It’s only 165 calories, but multiply that by five and those lattes are tacking on 825 calories a week, or almost a pound a month. Say you decide to take a 30-minute walk every day after the latte. Even walking
at a clip, that effort will burn around 120 calories, so you’re still in the “plus” col- umn, calorically speaking.

Now, what if you switch out that latte for an herbal iced tea and walk every day? You will have created a 285-calorie-per-day deficit. After five days, that’s a 1,425-calorie deficit, and after a month—well, you’ve just lost between 11⁄2 and 2 pounds. Bot- tom line: The right diet plus exercise is the winning formula, but the diet part is much more effective.

In a 2015 study update published in Current Obesity Reports researchers at the Healthy Active Living and Obesity Research Group at Children’s Hospital of Eastern Ontario Research Institute in Ottawa took a hard look at this assumption and related evidence produced in recent years. They discovered that drinking alcohol on a regular basis does not necessarily sentence us to a life of weight gain; rather, it’s the quantity of alcohol, along with other variables, such as lifestyle habits, that may determine its ultimate effect on the body. Their conclusion: Light-to-moderate alcohol intake won’t make you fat.

Of course, scientific discovery is an ongoing process, and we’re still learning about why and how some people gain weight after practically just looking at a cookie and others blithely inhale half a pie and remain svelte. In the meantime, nutritionists urge those trying to lose weight to eat small amounts of food throughout the day to keep your metabolism going and blood sugar steady. And while you’ve probably heard this before, it does bear repeating: Drink plenty of water because it’s easy to confuse hunger with dehydration. And that’s no myth.

Sleep It Off – One aspect of weight control currently being studied is the effect of sleep. Not only does lack of sleep have an impact on your energy, mood and ability to concentrate, it also affects the behavior of two hormones: ghrelin, whose job it is to signal your brain to eat, and leptin, which tells you when it’s time to stop eating. When you don’t get enough shut-eye, your body produces more ghrelin and less leptin. Your natural response? To grab quick-energy foods, such as—you guessed it—sugar-laced, refined carbohydrates.

The North American School of Podology and Nailcare Academy's Cause for Feet will focus on foot health and proper foot care.
Sep 10th, 2020

With the ease of lacquer and the strength of acrylic, The GelBottle’s (TGB) revolutionary builder gel, BIAB™, looks and feels like your own natural nails, while giving you the strength that you desire. Read more below and enter to win!
Dec 28th, 2020

Peripheral neuropathy affects an estimated 30 million Americans. Here's what you need to know when servicing a client with the condition.
Dec 13th, 2019
Follow Us
Most Recent

Meet the New NAILPRO Advisory Board