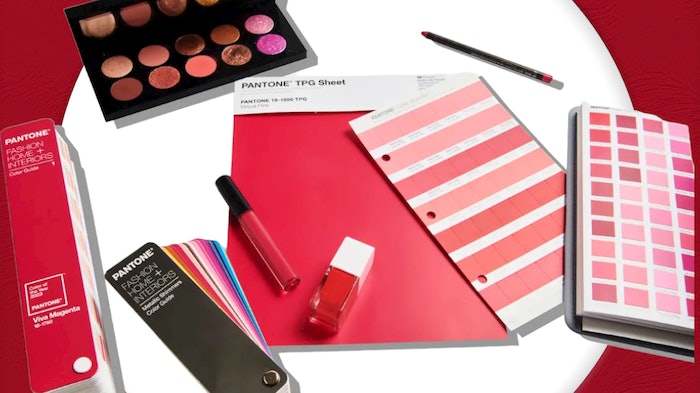 Share your magenta nail designs with the hashtag #nailprovivamagenta for a chance to be featured in our January/February issue!

Known officially as Pantone 18-1750, Viva Magenta "descends from the red family, and is inspired by the red of cochineal, one of the most precious dyes belonging to the natural dye family as well as one of the strongest and brightest the world has known," said Pantone Color Institute Executive Director Leatrice Eiseman.

Eiseman said the color communicates power in an assertive, not aggressive, way. “It’s a color that really vibrates with vim and vigor, that demonstrates a new signal of strength, which is something we all need for a more optimistic future."

According to Pantone, "Viva Magenta is brave and fearless, and a pulsating color whose exuberance promotes a joyous and optimistic celebration, writing a new narrative."

Check out this nail color similar to Viva Magenta from The GelBottle.

We'll highlight additional nail products in magenta hues in the January/February 2023 issue of Nailpro. Share your magenta nails on Instagram with the hashtag #nailprovivamagenta for a chance to be featured!

Pantone Color of the Year 2021: Ultimate Gray and Illuminating

A Slew of 2019 Pantone Color of the Year Nail Products

Learn more about how Giulietti is using her nail fail to her advantage.
Jan 31st, 2023

Submit your rabbit nail art for a chance to be featured on our website!
Jan 13th, 2023
Follow Us
Most Recent