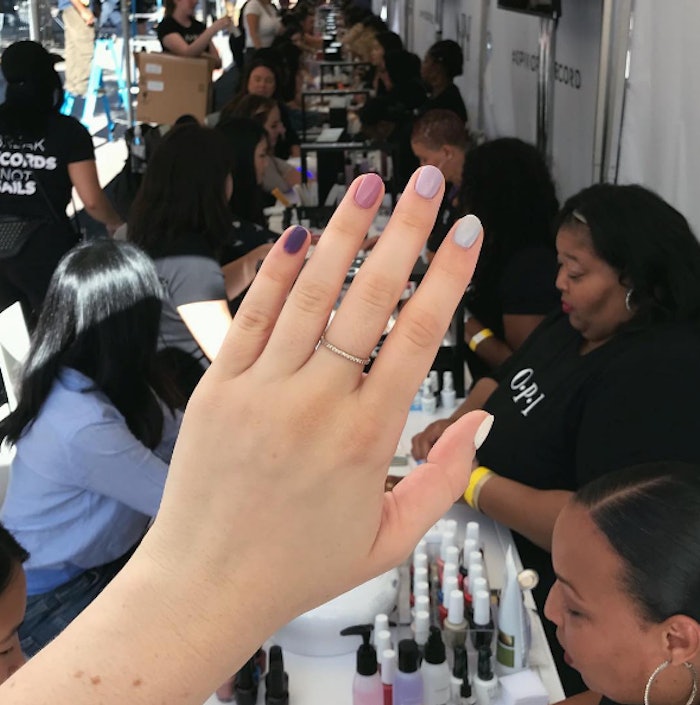 The @opi_products team is still going strong as they attempt to break the world record for the longest manicure bar in history! Clients are receiving Gel Color manis including the new Pro Health base and top coats and the brand new LED lamp. Nails by @nailsbydarlingdarlene. #NAILPRO #opiworld

During the eight-hour event, clients were also introduced to OPI GelColor’s repackaging that features a bottle that matches the color inside. “For the nail technicians to be able to distinguish the nail color and for the consumers to be wowed by the colors, it’s so much nicer to see it on the bottle,” says Weiss-Fischmann about GelColor’s new look. 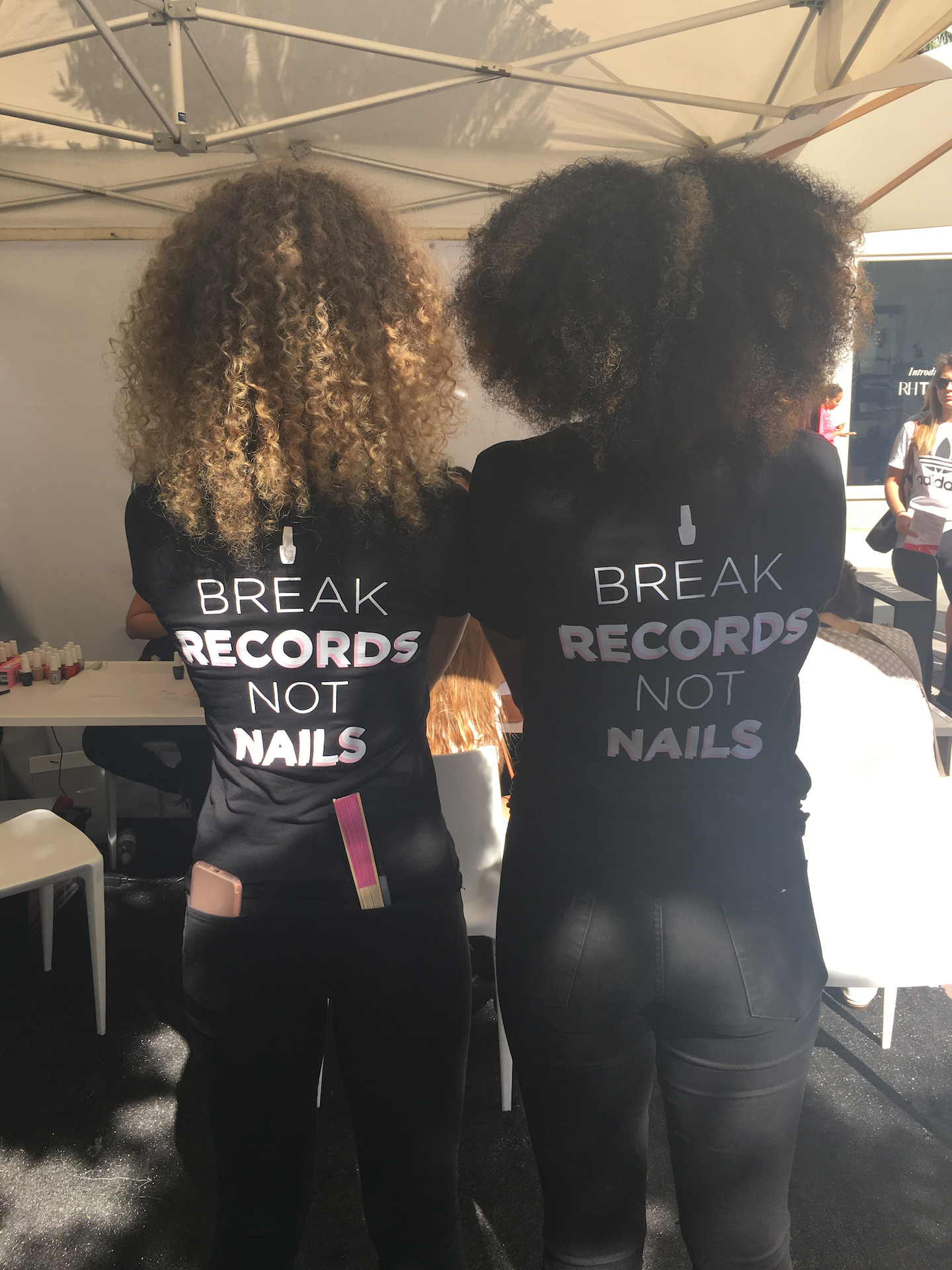 OPI’s newly named global brand ambassador Tom Bachik was also in attendance to help make history and to promote the benefits of the ProHealth system. “It’s an easier, healthier way for removing the gels and allows you to soak off in seven minutes,” Bachik says.

@opi_products, global ambassador @tombachik and 50 techs are on track to break the Guinness World Record for Longest Manicure Bar In history. See more from #opiworldrecord on our Insta Story! #NAILPRO

The record was officially set and declared at 5 p.m. on Saturday, October 21, 2017 with more than 500 manicures completed. “The best part is, next year, we’re going to beat our own record,” Weiss-Fischmann says.

What do you think of OPI’s World Record? Let us know in the comment below!