Can Your Salon Get Sued? Here’s What to Do…

Can your nail salon get sued? Here's what to do to deescalate the situation. 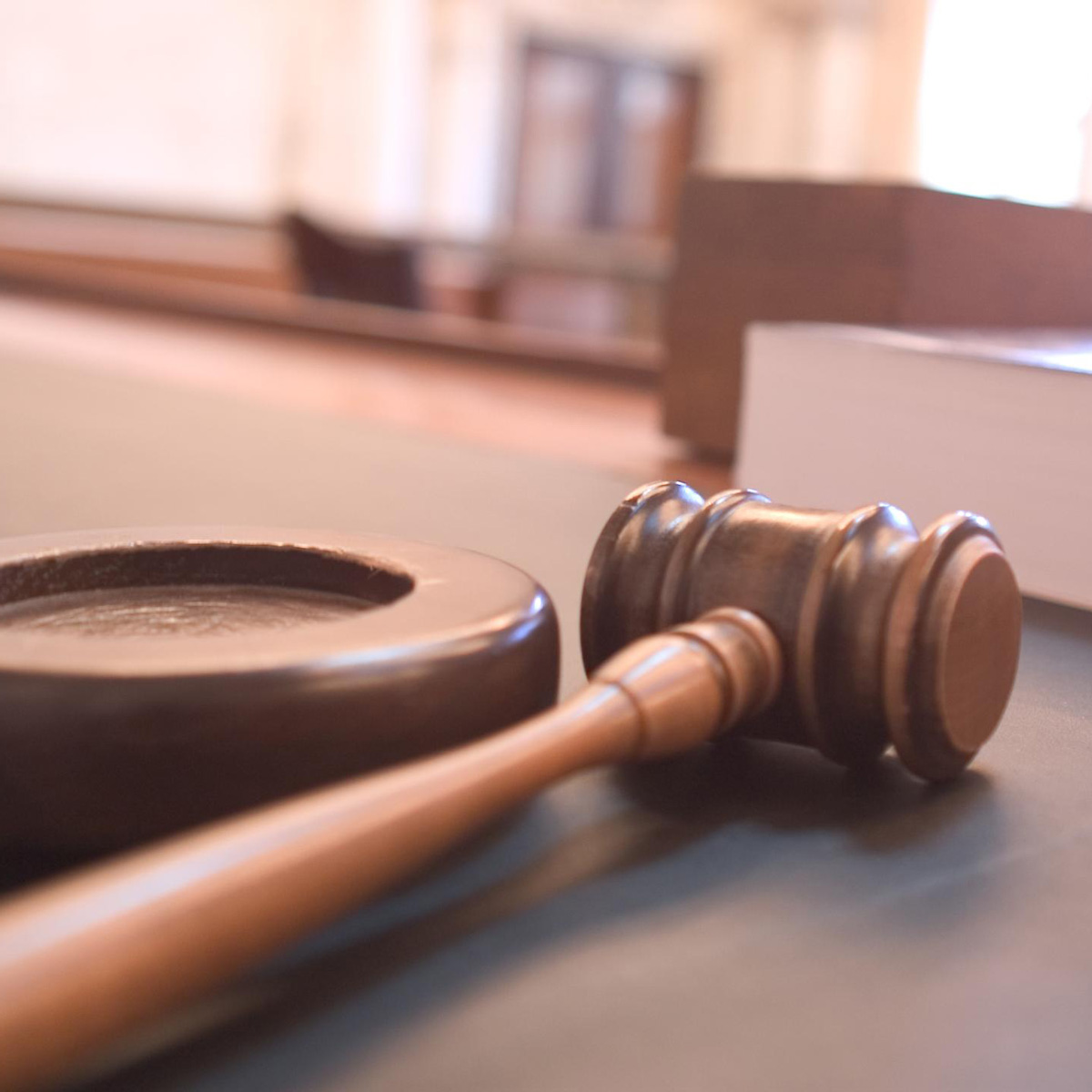 When a raging client confronts you in the salon, take the proper steps to cool down so you don’t find yourself in even hotter water.

In any service industry, clients are expected to feel entitled to the best treatment possible. But sometimes they can become excessively irate or demanding, threatening your livelihood and your reputation in the process. A raging client may want a freebie, badmouth your salon around town or online, or even threaten to sue. So what is your correct course of action when dealing with the backlash? And what are your rights and responsibilities as a tech or business owner? We spoke to legal professionals to find out the best methods you can use to protect yourself.

Level One: The Complainer
Strangely, a client who complains in your salon may be doing you a favor. After all, it’s better to hear the complaint firsthand so you can decide whether to appease her before she wreaks havoc on your business outside of the salon. Your first line of defense as a business owner or tech is to diffuse the situation right then and there. “Acknowledge the complaint; give them a sounding board,” advises Elizabeth Milito, senior executive counsel for the National Federation of Independent Business’s Small Business Legal Center in Washington. “You need to be cognizant of how quickly a customer can badmouth you—through a complaint to the Better Business Bureau, the Ripoff Report, Yelp or other business review sites.” In smaller cases, even if you don’t feel the perceived wrongdoing is your fault, sometimes it’s best to swallow your pride (and your defensive statements) and appease the complaining client.

Of course, how you treat a grumbling guest should hardly be examined on a case-by-case basis; having written regulations in place may save you from possible trouble later on. “Have a company policy on how to deal with dissatisfied customers, and stick to it,” says Jonathan Levy, Esq., a lawyer at Brimstone & Co. and a university instructor in Washington. “If your policy is that the customer is always right, make sure all employees know how to handle the disgruntled client.” However, Levy agrees that listening to and acknowledging a complaint can often prevent trouble altogether. “Most people want recognition, not money,” he explains. If your policy is “satisfaction guaranteed,” chances are, you’ve stated this to the customer (through your website, printed materials, etc.), and you’re obligated to follow through.

What if you simply don’t want to serve a client in your salon for some reason? Can you turn her away? Yes, as long as you’re refusing for the “right” reason. “Under federal law, a business may refuse to provide service for any or no reason—as long as you’re not refusing for a reason that is protected by statute,” says David S. Rich, Esq., from the Law Offices of David S. Rich, with offices in New York and New Jersey. He points out that federal law prohibits discrimination based on race, color, religion, national origin, disability, etc., through the Civil Rights Act and the Americans With Disabilities Act. Some states have expanded the definition of discrimination to include other factors, such as sexual orientation. If you discriminate based on any of these reasons, you could be faced with a lawsuit. On the other hand, if you don’t think a client is dressed appropriately, for example, you can turn her away without fear of retaliation.

Level Two: Legal Issues
If a client decides to take her complaints to the masses—writing a review online or spreading her gripes around town—and the complaints are unfounded, can you sue her for libel or defamation? A client’s opinion is difficult to refute, and you’ll face significant legal fees, regardless of whether you win or lose. However, if the client is making blatantly false statements about you or your business, you might have a case. “You may pursue legal action if the complaints rise to an egregious level, but in general, there’s not much a business can do,” laments Milito. “Meanwhile, site owners—the owners of Ripoff Report or Yelp, for example—don’t take ownership of comments on their sites, so it can be hard to get statements removed once they’re posted.” Depending on the circumstances, you might be better off spending your money on a PR campaign to refute the charges and clear the air publicly (remember Taco Bell’s recent response when it was sued over its beef?). If you’re not sure whether your case against a libelous client would be worthwhile, contact a lawyer to discuss it.

What happens if the client is the one who threatens to sue? If a very serious accident occurred, such as a cut or cross-contamination, tread carefully. “Don’t get into an argument over who did what to whom,” warns Levy. “Contact your insurance agent instead; avoid making statements. If you don’t have insurance, you may need to speak with an attorney.” If you offer an apology for the accident, adds Rich, it might be admissible in court, depending on the situation. Rules vary from state to state.

You can help protect yourself by having all of your clients sign liability waivers before services. This will offer some level of security for your business, but it isn’t a magical solution for everything that might go wrong, reveals Shawn M. Stepleton, a personal injury lawyer with offices in Cincinnati and Dayton, Ohio. “You can’t waive liability around negligence,” he explains. “The client assumes certain risks, but improper sanitation, for example, is not a risk the client assumes. A reaction from a product, on the other hand, is something that the client assumes the risk of.” The best way to safeguard your salon, cautions Stepleton, is having the proper insurance with medical payment coverage. He also advises against business owners “playing attorney.” “Turn to your insurance provider; they’ll assess the claim and protect you if it’s legitimate,” he recommends. “Some small businesses try to get another attorney involved to avoid contacting their insurance company, but that’s why you pay for insurance!”

These days, people can be unnecessarily litigious (that’s lawyer-speak for “lawsuit-happy”). They often have an overwhelming feeling of entitlement and aren’t afraid to cry wolf when they think they might benefit. On the other hand, salons and nail techs can also make mistakes—sometimes serious ones, as in the infamous case of $2.9 million paid out to 74 pedicure clients in California because of improper sanitation. Obviously, it’s best to head off these issues before they occur or snowball, but Levy advises that the most important step is to keep a clear head. “Many people threaten to sue, but few go through with it,” he says. “Many lawsuits can be avoided by not overreacting and keeping a balanced attitude.”

Protect yourself by having all of your clients sign liability waivers before services. It will offer some level of security.

People can be unnecessarily litigious. And while many people threaten to sue, few go through with it.

Wackiest Salon Suit Ever?
According to the ABA Journal, published by the American Bar Association, Larry Jimmy Bell, a Maryland lawyer, decided to sue Rich’s Nail Salon in Landover, Maryland, for allegedly charging him $4 more for a manicure and pedicure than his female companion ($2 more for each service). He is seeking $200,000 in compensatory and punitive damages, citing sexual discrimination.
Will his complaint hold up in court? It’s hard to tell, but salons everywhere will certainly be watching this case. “In general, I wouldn’t recommend charging different prices for different genders; there are so many state laws you can run afoul of,” opines Elizabeth Milito, senior executive counsel for the National Federation of Independent Business’s Small Business Legal Center in Washington. “However, being clear and up-front with clients about price can help eliminate pricing disputes and confusion.”

How To Plan for Retirement 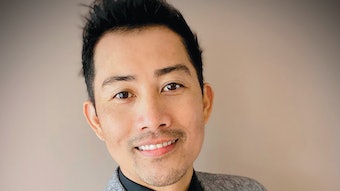 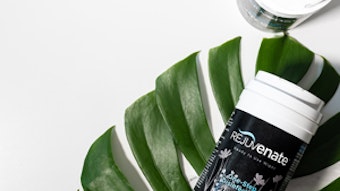 Rejuvenate™ Disinfectants launches their NEW Special Edition Wipes with an exciting Peel and Reveal contest with over $75,000 worth of prizes available to be won! There is a chance to win with every canister.
Sep 20th, 2021 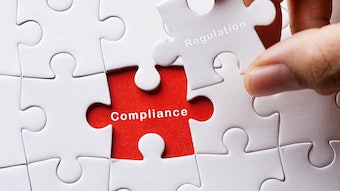 Licensed manicurist and salon owner Jaime Schrabeck, Ph.D., discusses the difference between compliance and best practices and shares her background on why this distinction is important.
Jul 26th, 2021 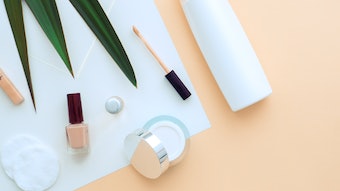 Working in an industry that is often scrutinized over the harsh ingredients used in the salon, nail techs may find it daunting to know where to begin a business’ clean nail care journey.
Jul 20th, 2021 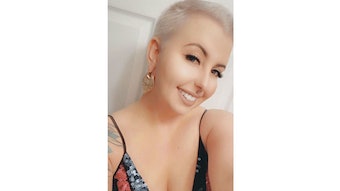 Hannah Snyder (@clawsbyhannah) grew up in the small town of Mechanicsburg, Pennsylvania. Learn a little about her and what inspires her to continue growing.
Jul 12th, 2021 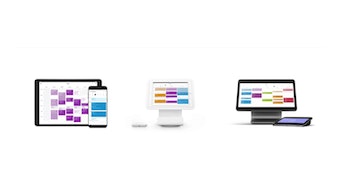 Take your salon management to the next level by using Square Appointments and its latest features.
Jul 7th, 2021 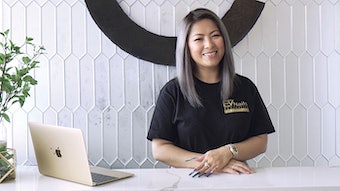 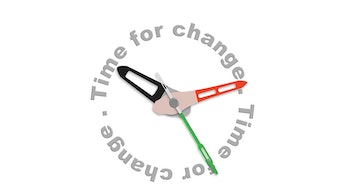 Tips for Pivoting Your Nail Business in 2021

What, when and how do you pivot? Learn about the power of pivoting and how you can use it to take your business to the next level. By Maisie Dunbar
Jul 2nd, 2021 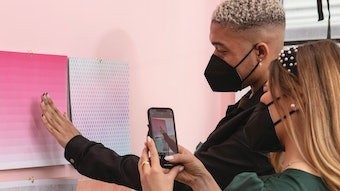 How To Create the Perfect 'Nailfie' Station for Your Salon

A closer look at the importance of having a nailfie station in your salon, tips for selecting an aesthetic and what makes it Instagram-worthy.
Jul 2nd, 2021 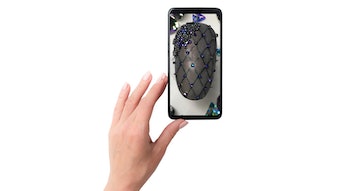 Do not be intimidated by clients requesting celebrity- or Instagram-inspired nail art—simply snag these expert techniques for nailing the proper preparation, communication and follow-through.
Jul 2nd, 2021 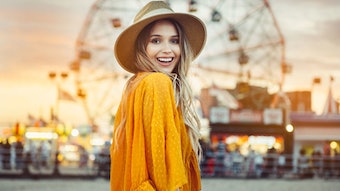 How Your Destination Salon Can Thrive After Tourist Season

Maintaining business in a destination town can be challenging when the tourists leave. Find out how you can keep your business booming with clients both near and far. By Holly L. Schippers
Jul 2nd, 2021

Take your career to new heights with one of the online course offerings from the Nailcare Academy.
Jun 28th, 2021
Follow Us
Most Recent